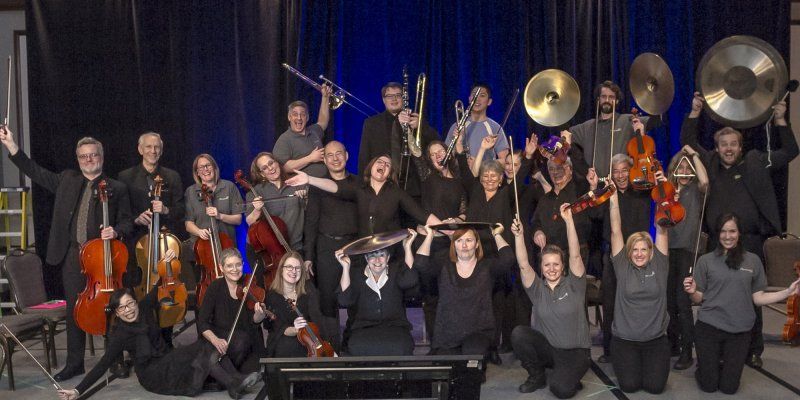 Team bonding through the power of music

Eventology, in partnership with Tom Lee Music, is excited to announce the recent successful delivery of its Orchestrate! event - the first time this ground-breaking corporate team builder has ever been held in the Americas.

Led by Maestra Edette Gagné and her team of professional musicians, in just 90 minutes, 350 people, without the requirement of any previous musical training, were transformed into a full orchestra.

The event, held in Whistler,BC saw the large group broken out into smaller instrument sections, including violins, clarinets, violas, cellos, percussion, violas, and trombones. Each group was guided by professional musicians in order to play one of the most famous and emotionally captivating pieces of orchestral music.

“Participants were not only faced with learning a new instrument in a very short period of time, but were also required to listen to each other, to watch their director and coaches, and to adapt their performance to work together with the whole group - all while having the time of their lives,” said Ellery Ferguson, Educational Director for Tom Lee Music.

At the conclusion of their 45 minute sessions, the groups were brought back together in the great hall to play what they had just learned as one orchestra under the guidance of the Maestra.

“In nearly 20 years of team building, never have I seen such an emotional reaction to an event. Bringing everyone to play what they had learned together at the finale brought tears of joy, spread smiles from ear to ear. It was so amazing to see 350 people working together in perfect collaboration after spending such a short time learning a completely new skill.” Alexandra Pett, Eventology’s CEO

“The final performance was nothing short of spectacular and a memory I will smile about for years; no one even wanted to leave but rather to keep on playing and enjoying the music they made together.” Ellery Ferguson, Educational Director for Tom Lee Music.

Eventology, Headquartered in Squamish, BC, have an exclusive license to sell and deliver Catalyst Global team building products in Canada. Eventology, Catalyst Canada, along with their Catalyst Global partners throughout the Americas and around the globe, are excited to continue to deliver this emotionally captivating team building event, as well as a host of other effective and customizable world-class events.

Learn to play as a symphony orchestra in just 2 hours! 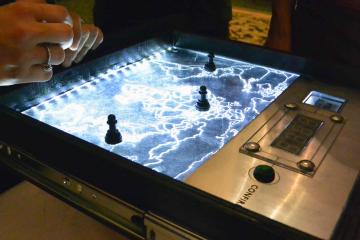 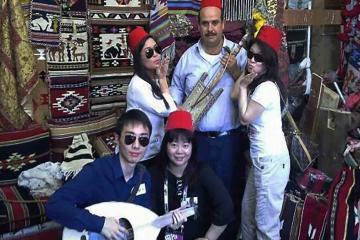 Delegates from Asia on a Dubai Tourism Study Mission use Go Team to explore Dubai.

Welcome to Catalyst Team Building Finland. This site uses cookies to improve your experience and deliver personalised advertising. You can opt out at any time or find out more by reading our cookie policy.